Drumming up a storm

Shoppers were literally stopped in their tracks as the sound of Brazilian inspired music from six members of Jamma de Samba reverberated around the retail park.
The six talented musicians brightened up the day with a storming upbeat performance in the amphitheatre and received a resounding thumbs up from the crowds.
“One of the best things to happen in Didcot,” said one delighted shopper and “Wish you’d come back every week,” said another.
The four male drummers and two girls, one playing an Agogo, a simple bell known as one of the oldest instruments which is struck by a rhythm stick used in samba and the other playing a Ganza, a percussion instrument filled with beads and producing a shaking sound, enthralled onlookers.
Some stopped at the top of the amphitheatre steps while many more delayed their visit to Sainsbury’s or spent time watching and listening as they left the store.
A few tiny tots cast off any inhibitions and danced to the beat, much to the delight and amusement of the audiences.
A great day all round was the shoppers’ response.
See more reaction, pictures and a short video on our Facebook page 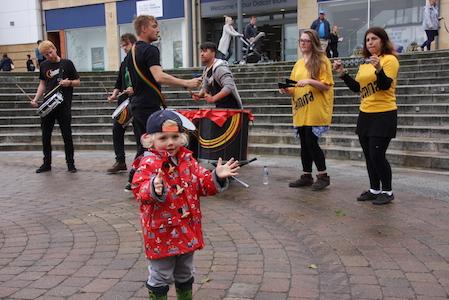 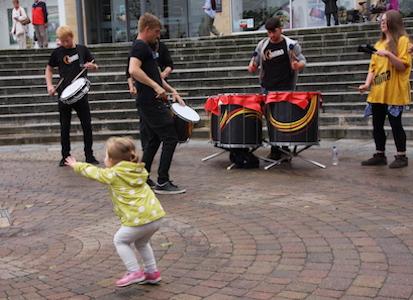 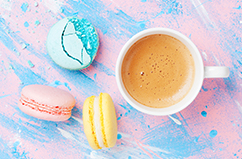 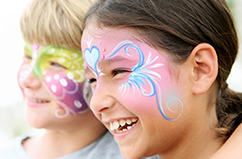 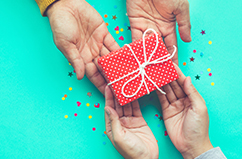